The spike in crime that plagued Sydney for the past decade and then moved north took some central coast private investigators off guard. However, the AusCovert Investigations team was ready because we knew it was coming.

It was inevitable really, after a concerted effort by Sydney police to clamp down on organised crime, illicit drug dealers, house robbers, petty criminals, and the like. However, the folk living on the Tasman Sea coast were too busy to notice as they went about their daily lives.

Crime Spread from Newcastle and Port Macquarie to Cairns

The criminals set up base in major centres first, where they muscled their way into the crime scene and analysed their markets. Our investigators on Central Coast watched alarmed as crime took hold in small holiday villages dotted along the surf line.

However, there was nothing they could do except liaise with the police and watch over their existing clients. That’s because a private detective on the central coastline plays a more reactive role than a police force with constitutional powers. 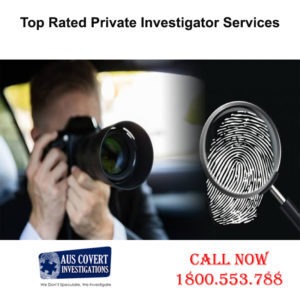 Schools in quiet places like Byron Bay and Airlie Beach began reporting an uptick in scholars plating truant, and smoking marijuana during breaks. There was an increase in playground fights too. However, after our Central Coast undercover agent infiltrated we were able to identify the rival gangs and inform the police.

If you live along the central coastline stretching from northern Sydney all the way to Cairns and have kids at school, then you should become more alert about what they are up to. If you find their attitudes are hardening or you do not like the company they keep, contact the experienced Central Coast detective firm you can trust for advice.

A call to 1800 553 788 won’t incur charges during the first half hour of the conversation. This will allow sufficient time to confirm, or dispel your concerns. Should you decide to, we can put a private undercover investigator on their trail to establish the truth.

The wave of criminals moving in from Sydney also worked undercover as employees and customers of businesses. This enabled them to penetrate past traditional methods of preventing business fraud and theft.

The Australian Competition and Consumer Commission warned it expected “record losses as scammers target Australians”. It projected the cumulative costs would exceed half a billion dollars during 2019. This would the first time these crimes exceeded that mark.

The Commission urged businesses to become smart enough not to fall for scams. “Many people are confident they would never fall for a scam but often it’s this sense of confidence that scammers target,” ACCC Deputy Chair Delia Rickard said during National Scams Awareness Week.

“People need to update their idea of what a scam is, so that we are less vulnerable,” she continued. “Scammers are professional businesses dedicated to ripping us off. They have call centres with convincing scripts, staff training programs, and corporate performance indicators their ‘employees’ need to meet.”

The Types of Scams You Are Most to Fall For, Unfortunately

Our investigators on Central Coast agree cryptocurrency, social media, and loom pyramid schemes are most sophisticated, and successful. Nearly half the investment scams they attend to result in actual significant losses for their victims.

The Australian Competition and Consumer Commission revealed cryptocurrency scams cost their victims $14 million during the first six months of 2019. Crimes like these were relatively rare along the central coastline five years ago.  Somebody could be targeting your family or business while you read this.

Therefore, It’s Time to Get Smart and Tighten Your Defenses

Where do you think the weakest link is in your business? Is it your systems or your employees perhaps? AusCovert Investigations on Central Coast has specialists dedicated to performing regular reviews for business customers.

They investigate your systems and they interview your staff. From time-to-time they uncover an insider threat where an employee is hand-in-glove with professional scammers. They prepare confidential reports with recommendations for system adaption, and worker training.

Can you afford to be without this service, given what is happening to other businesses around you? There is little chance of recovering scam losses. Your only recourse is to prevent them happening.

Call 1800 553 788 now to speak to one of our investigators on Central Coast. Or send a confidential email to AusCovert Investigations if your need is slightly less urgent.